A strange noise awakens me. Was it footsteps? I’m not sure. My body tenses as I remembered where I was and what had happened. I hate people and now I’m trapped with nine of them in a ski lodge, all crammed inside of the heating room in the cellar. I haven’t talked to anyone yet. I have just kind of squeezed through and avoided eye contact.

A sudden snore startles me and I have to sit up to calm down. Maisy, it’s only a few hours til you’re out of here, you really shouldn’t panic every second you spend here, I tell myself.
The room’s almost dark but I’m able to make out three other cots. Only three? Where are the others? That doesn’t make sense! Again panic rises inside of me and I can’t help but begin to wheep. Slowly I make my way to the light switch, I have no other option but to wake the others. A groan can be heard from the black man in the corner as I light up the room, tears still rolling down my cheeks. A young girl sits up and rubs her eyes with the baby pink jumper she’s wearing. ,”What’s up? Are you ok?”, she asks, looking at me worringly. “Where’s our stuff?!”, the black guy literally screams and I shriek. ,”Don’t you see she’s crying? Have a little respect!” the pink girl says firmly while making her way to me. “No, he’s right! All our stuff’s gone! Why did they take our things?”, another bloke responds in a calming tone. The other six must have gone out to get help and have decided to leave us four behind. I have fallen asleep in my cot, before that plan was made, before the other people have headed out, so I couldn’t have known about that. They fill me in while the girl’s holding me in her arms, something I absolutely detest, but she has been so nice to me the past 3 minutes that I can’t reject her right now.

One after the other they introduce themselves as Tyrone, Nathan and Zoe and I speak up as well and introduce myself. After I’ve calmed down and freed myself from Zoe’s embrace, we all head upstairs for food. It might be 2 in the morning but there’s no way any of us can go back to sleep now. We still haven’t found out what has happened to our stuff, though we’ve figured the first group might have just wanted some more equippment and left it at that.

While taking out the milk from the fridge, I must have been careless, ’cause right after Tyrone points at my arm and asks ,,What’s that all about?” as if it were any of his business. I quickly pull down the sleeves of my jumper and turn around to leave his question unanswered and catch Zoe’s disapproving look at him.

Over the course of the day I manage to open up a little bit and get to know the others as well. I keep a distance from Tyrone, though I can’t help but see him glancing at Zoe’s behind every now and then. I really want to speak up and tell him off, tell him that she’s way too young and way too out of his league, but I keep my mouth shut and don’t say anything at all.
Nathan has been quiet most of the day, just like me. Is he as much of an introvert as me? He seems smart and whenever he does say something, it’s in this low, calm voice. Zoe’s been bubbling along all day. She’s talking nonstop, like a waterfall. Only five minutes after sitting down by the fireplace she has already told us her whole story. She’s spilt about her parents, her ex-boyfriends, her friends, her hometown, literally everything in five minutes. She’s been trying to get me to talk and tell her about myself, but I’ve been avoiding that. She’s really nice and all, however I can’t handle her sudden bubblyness too well. I feel like the only sane ones in this lodge are Nathan and me.

We all feel gutted when we find out about the blocked doors and windows. There’s no way we can leave the lodge, even if there’s a reason to.  None of the others have returned. Now we’re sitting round the fireplace, eating our dinner and Zoe has finally shut up after Tyrone has told her off. He might like her butt, but her bubblyness is not quite his thing.
I’m the first to fall asleep, wrapped in a cozy blanket by the fireplace. All the stress of today has made us all really tired. 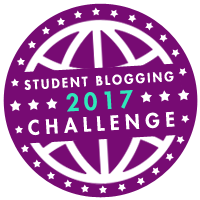